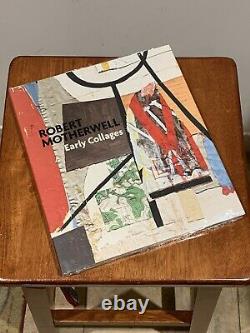 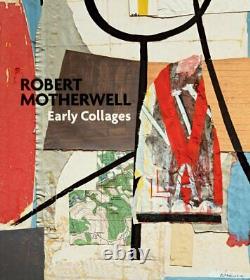 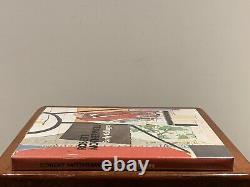 BRAND NEW HARDCOVER & SEALED. Contributions by Susan Davidson, Megan M. Fontanella, Brandon Taylor, and Jeffrey Warda Robert Motherwell: Early Collages, published to accompany an exhibition devoted exclusively to Motherwell's works on paper from the 1940s and early 1950s, reexamines the origins of the artist's style and his revelatory encounter with the papier-collé technique that he described in 1944 as the greatest of our discoveries. Motherwell's enthusiasm for and dedication to the collage medium for the remainder of his career sets him apart from other artists of his generation and extended beyond the mere physical presence of pasted cut-and-torn papers. Featuring approximately sixty works and four essays that delve into artists' engagements with collage in the first half of the 20th century, his early career with patron Peggy Guggenheim, underlying humanitarian themes during World War II, and the his materials, Early Collages provides a vital reassessment of Motherwell's work in the collage medium. 11" tall x 9 3/4" wide. 144 pages with 124 color illustrations. The item "Robert Motherwell Early Collages HARDCOVER BRAND NEW & SEALED" is in sale since Wednesday, January 6, 2021. This item is in the category "Books & Magazines\Books". The seller is "smoothkow" and is located in New York, New York.