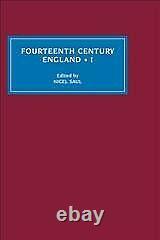 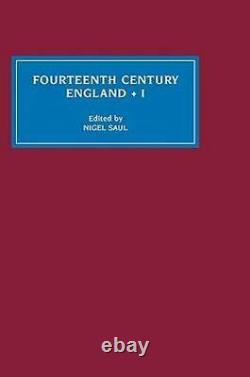 The fourteenth century is one of the most turbulent and compelling periods of English history, reflected in the vitality of the current scholarship devoted to it. This new series provides a forum for the most recent research into the political, social, and ecclesiastical history of the century, and complements earlier series from Boydell & Brewer, Anglo-Norman Studies and Thirteenth Century England, which taken together offer a complete overview of debate on the middle ages.

The substantial and significant studies in this volume have a particular focus on political history, including examinations of Edward II's charter witness lists and the consolidation of Henry IV's power in his early years; other topics include the Black Death and law-making, castle-building and memorials, war and chivalry in the Scalacronica, and architecture in the courts of Edward III and Charles V of France. Contributors: JEFFREY HAMILTON, ANDY KING, ROY M. HAINES, ANTHONY MUSSON, GLORIA J.

NEVILLE, CHRISTOPHER PHILPOTTS, CHARLES COULSON, MARY WHITELEY, NICHOLAS ROGERS, LYNDA DENNISON, DOUGLAS BIGGS NIGEL SAUL is Professor of Medieval History, Royal Holloway and Bedford New College, University of London. This item is in the category "Books & Magazines\Books". The seller is "greatbookprices1" and is located in this country: US. This item can be shipped to North, South, or Latin America, all countries in Europe, Japan, Australia.