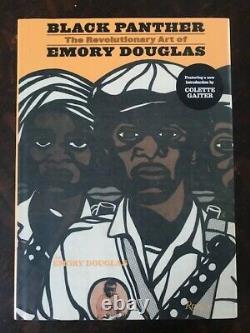 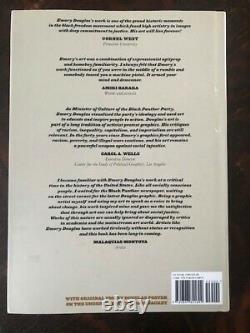 This is an unread brand new shelf kept copy of Black Panther The Revolutionary Art of Emory Douglas. A reformatted and reduced price edition of the first book to show the provocative posters and groundbreaking graphics of the Black Panther Party. The Black Panther Party for Self Defense, formed in the aftermath of the assassination of Malcolm X in 1965, sounded a defiant cry for an end to the institutionalized subjugation of African Americans.

The Black Panther newspaper was founded to articulate the partys message, and artist Emory Douglas became the papers art director and later the partys minister of culture. Douglass artistic talents and experience proved a powerful combination: his striking collages of photographs and his own drawings combined to create some of the eras most iconic images. This landmark book brings together a remarkable lineup of party insiders who detail the crafting of the partys visual identity. Emory Douglas was the Minister of Culture for the Black Panther Party from 1967 until its discontinuation in the early 1980s. Colette Gaiter is associate professor of visual communications in the art department at the University of Delaware.