Based on a True Story by Norm MacDonald (2016, Hardcover) BRAND NEW HC DJ 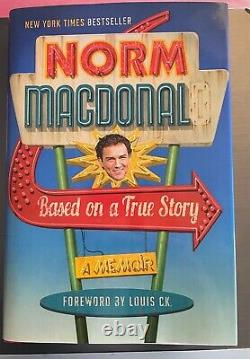 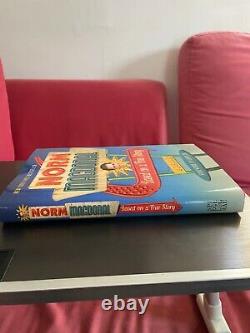 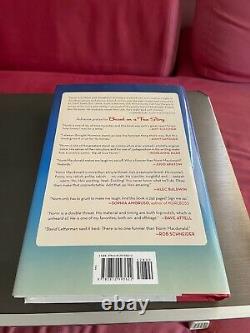 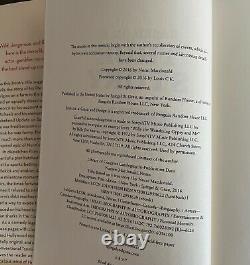 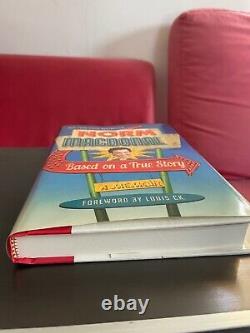 A portion of proceeds with go to a local pet charity. Thank you for your interest. NEW YORK TIMES BESTSELLER "Driving, wild and hilarious" (The Washington Post), here is the incredible "memoir" of the actor, gambler, raconteur, and Saturday Night Live veteran.

Don't miss Norm's new Netflix special, Hitler's Dog, Gossip & Treachery! When Norm Macdonald, one of the greatest stand-up comics of all time, was approached to write a celebrity memoir, he flatly refused, calling the genre one step below instruction manuals. Norm then promptly took a two-year hiatus from stand-up comedy to live on a farm in northern Canada.

When he emerged he had under his arm a manuscript, a genre-smashing book about comedy, tragedy, love, loss, war, and redemption. When asked if this was the celebrity memoir, Norm replied, Call it anything you damn like.

Praise for Based on a True Story. Dostoyevsky by way of 30 Rockefeller Center. The best new book I've read this year or last. - The Wall Street Journal.

This book is absurd fiction. - The New York Times.

Hilarious and filled with turns of phrase and hidden beauty like only a collection of Norm Macdonald stories could be. Part personal history and part meta riff on celebrity memoirs, the book, it quickly becomes clear, is also just partly true (and all hilarious). Thanks, Norm, for letting me be part of this Booker Prize-for-literature-quality effort. Norm is brilliant and thoughtful and there is sensitivity and creative insight in his observations and stories. A lot of comics over the years have been compared to Mark Twain, but I think Norm is the only one who actually matches the guy in terms of his voice and ability.

I seriously fking love Norm Macdonald. He probably needs the cash. Norm is one of my all-time favorites, and this book was such a great read I forgot how lonely I was for a while. I always thought Normie's stand-up was the funniest thing there was. Norm is one of the greatest stand-up comics who's ever worked--a totally original voice.

His sense of the ridiculous and his use of juxtaposition in his writing make him a comic's comic. Norm Macdonald makes me laugh my ass off. Who is funnier than Norm Macdonald? Norm Macdonald is more than a triple threat--he's a septuple threat. He is smart, funny, wry, rakish, polite, rakish.

He is polite, insightful, and. You never know what he'll do. Okay, then make that unpredictable. Norm is a double threat. His material and timing are both top-notch, which is unheard of.

He is one of my favorites, both on- and off-stage. Letterman said it best: There is no one funnier than Norm Macdonald. The item "Based on a True Story by Norm MacDonald (2016, Hardcover) BRAND NEW HC DJ" is in sale since Wednesday, September 22, 2021. This item is in the category "Books & Magazines\Books".